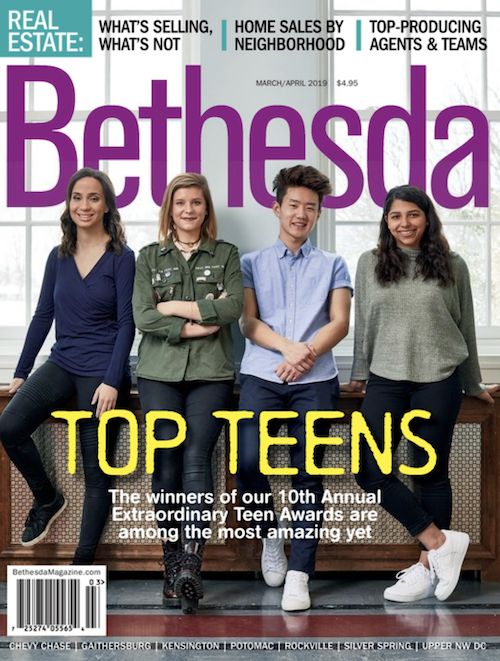 Every year, Bethesda Magazine holds their Annual Extraordinary Teen Awards, which recognizes 12 teens from the area that are "making their marks in and out of the classroom." Our own Stone Ridge girl, Amalia Marmolejos '19, was one of the students selected this year and is featured in the March/April issue, available now.

Amalia is the sixth Stone Ridge girl to be recognized as an extraordinary teen since Bethesda Magazine started the feature in 2010. Amalia's work with Amigas, Stone Ridge's Hispanic affinity group, and her help in revamping the school's Multicultural and Diversity Festival, among other accomplishments are highlighted in the magazine feature.

Stone Ridge School of the Sacred Heart inspires young women to lead and serve, through lives of purpose that integrate faith, intellect, community, social action, and personal growth in an atmosphere of wise freedom. We are thrilled Bethesda Magazine recognizes some of our best. 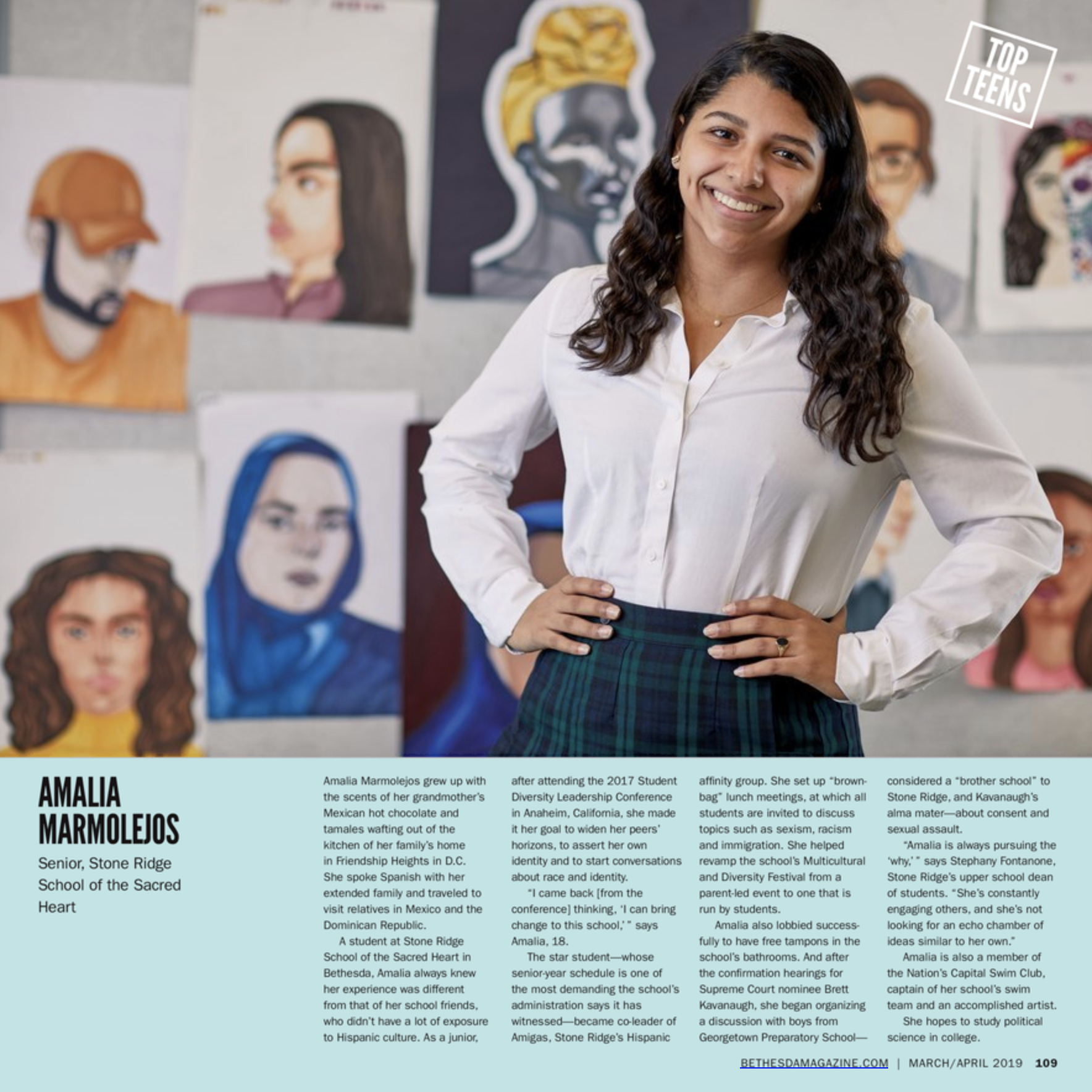